Do you have an international LinkedIn profile? You will almost certainly know if you do. One of the things that LinkedIn users often forget is that the LinkedIn platform is global. LinkedIn can be accessed from countries around the world.

Most people with that international perspective accept that they must create a strong online presence, especially as in the majority of cases, most of the contact they have with prospective employers will be online.

Until I encountered the problem I, honestly, had no idea that people want to use their LinkedIn presence to help them either to return to their home country, (usually the UK) or to gain a new role in a different country. They want to do this, but really do not know how to use LinkedIn to help them.

I have now worked with several people who started their careers  in the UK. They then took a job abroad but did not know how to find another role in the UK or elsewhere after that.

Think about the following to learn more about the issue.

This person was of UK origin and worked in the Far East for a US company. He wanted to come back to the UK and relocate his family somewhere in the south of England. He hoped he could find and secure that new role without resigning from his current position and without making numerous costly and time-consuming trips to London.

I significantly reworked his LinkedIn profile for him and helped him to make more use of the features found on that platform. The strategy we used was to work to make him more visible on LinkedIn – and more interesting. This entailed uploading new material especially for use near the beginning of the profile. We also thought carefully about what the LinkedIn users he wanted to attract would hope to see.

Most people do not work in a consistent manner when creating and updating their LinkedIn statements. They are usually less methodical than they need to be. In the case of the man above, he was short-listed from two roles some time after his profile was updated. It took him about a year to find the RIGHT role but he found it. He was told at interview that he had a fantastic LinkedIn profile.

In the case of a lady who contacted me, having found me on LinkedIn, she had just spent several years working in a variety of resorts on the Australian Gold Coast. She loved her work, but she suddenly became aware of the fact that she was now in her late thirties. She decided she had to think about returning to the UK or choosing to stay in Australia for good. Thinking about these issues became very important to her especially when she next had a birthday

She had a LinkedIn profile but what she said about it was:

“I never use LinkedIn and I never tell anyone I am on LinkedIn.”

She was relatively easy to help. There were few mistakes in her profile because she had not yet created good material to help her with her career.

If you want to think about LinkedIn in ways that can help your career, wherever you are, you must make it more readable and more interesting. I say that because I was recently sent a LinkedIn profile where the first main section was uploaded as a single block of text of 1995 characters. There were no paragraphs. There was no punctuation. There were lots of abbreviations, most of which were difficult to unscramble. I did not hesitate to tell this lady that I thought very few people would look in detail at this.

Here are four pieces of advice to help you with your international LinkedIn profile – and one bonus tip.

Do these four things and you will make a massive improvement to your online presence and especially to your LinkedIn profile. This will help you to develop your international perspective on LinkedIn.

Remember you can undo some of the things you have done on LinkedIn which you believe are no longer relevant. For example, you can de-connect frohttp://Your International LinkedIn Profile – Do You Have One?m people if you wish to do so.

You And Your LinkedIn Profile

Achieve this and more 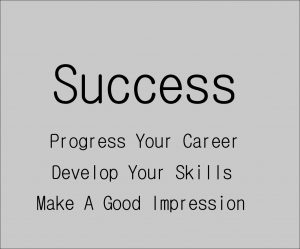